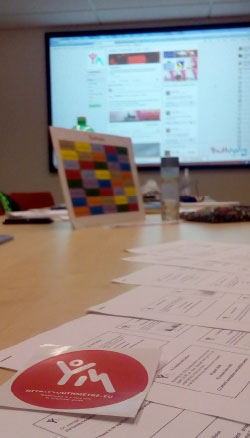 Honestly, before entertaining the Czech YouthMetre Study Group, I did not have much information on the city of Brno, only that it is the Capital of Moravia and it is a pretty big University hub. Hence, I did not know what to expect from the city.

Therefore, when we -Martin, Vittorio and I- arrived in Brno, I was up to pay at least a quick visit to some of the main cultural & architectural attractions in Brno. We took the time to walk around the main squares and to admire the gothic cathedral of Saint Peter and Paul that dominates the city together with the castle, erected on a neighbouring hill. However, what I was going to enjoy the most, was the fact that Brno is a lively and vibrant university city, gathering the energy and creativity of about 90.000 students.

Indeed the day after we moved to the campus of Mazaryk University, where the YouthMetre Study Group (SG)  was to take place. [For some pictures of the moments of the Czech Repulic’s Study Group. Visit the ARS for Progress of People Facebook page]   More precisely, the SG was to be hosted in the Law Faculty building, where we met the warm smile of Bozena, our Local YouthMetre coordinator for Czech Republic and a brilliant Law student. While participants to the YM SG were arriving, Bozena showed us the terrific building of the Mazaryk Law Faculty.

At that moment I did not know yet, but I was to discover some dark chapters of the history of the Law Faculty. During the German occupation of the Czech lands (1939-1945), many Czech universities  -including the towering building of Brno’s Faculty of Law- were closed by the Nazis. More specifically, the Faculty of Law became the headquarters of the Gestapo, and the university dormitory was used as a prison. About 35,000 Czechs and some American and British prisoners of war were imprisoned and tortured there; about 800 civilians were executed or died. Executions were public. 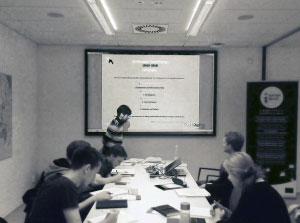 Being aware of what the building we were comfortably in had witnessed, made me appreciate even more the fact that our SG was hosted in a place where knowledge, civil & social rights, not tortures or executions, are studied and produced. Moreover, I felt the importance to not took for granted the chance to accomplish higher studies, receive an education, have the freedom of movement and of information, as the right to work.

These have been the very topics that we discussed in-depth, with a special focus on the European Youth Strategy 2010-2018 and how it is perceived by Czech students. We particularly focused on Social Inclusion and on how such key area is interpreted by Czech youth. At the same time, participants reasoned upon the average attitude of Czech nationals towards the topic of social inclusion, and we discussed the emerging waves of nationalisms that recently hit the Czech Republic. 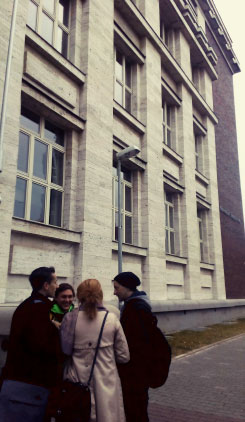 Such discussions highlighted once again the need for the European Commission and for all EU institutions in general, to invest in a fruitful dialogue with European Youngsters, in order to tackle social issues before it is too late to control or redirect them towards positive actions.

Above all, it felt paradoxical that, considering Czech Republic’s history of invasions and occupation also due to ethnic reasons, nationalistic feelings still spread so easily. However, they are not unchallenged.

Indeed, the involvement of participants and their engaged participation to join discussions and doing something to improve their country and the EU, obstruct the diffusion of nationalisms. All the same, the contagious energy of Bozena, the curiousity to learn more about EU Youth programmes, Erasmus+ and how to use the YouthMetre Data Dashboard or exchange ideas with other European youngsters, confirm that many young people are willing to struggle for a more effective European Union. One that  is inclusive and devises efficient policies to encourage and support inclusion and culture.